Adults are about 5/8 inch long and 1/3 inch wide. Their wings fold flat over their back, bodies are brown/grey with orange/brown stripes along the edges of the abdomen and underside. Nymphs develop through five instars ranging from 3/16 – 1/2 inch long. The first instar has a read head, antennae, and legs with bright green bodies. The 2nd and 3rd instars have black appendages with green/grey bodies. In the final two instars, they develop wing pads and begin to resemble adults. Eggs can be found in clusters of 15-40. They’re bronze colored and found on the undersides of cucurbit leaves starting in mid-spring.

Squash bug adults and nymphs have piercing-sucking mouthparts which cause speckled leaves that may lead to plant nutrient loss and eventual browning and death. Heavy squash bug feeding along the plant leaf and plant stems can cause wilting. Fruit feeding causes scaring and increase chance of fruit rot during storage.

Squash bugs overwinter as adults. In southern areas of the state they usually emerge in April, and along the Wasatch front, they generally emerge in May. After emerging, adults will fly to host plants to feed, mate, and lay eggs. There is one generation per year in Northern Utah and a partial second generation is possible in southern Utah.

Mechanical Control
• Home-Made Traps: Attract adults and nymphs seeking protection by using wooden boards, shingles, and heavy cardboard placed on the ground. Place the traps next to host crops. Squash bugs will tend to aggregate under the traps at night. In the morning, turn the boards over and destroy the bugs.

• Mechanical Destruction: Hand-picking adults and nymphs, and smashing egg clusters on leaves can reduce squash bug populations. Other options include cutting off the egg part of the leaf, rolled duct tape around fingers, or applying oil or petroleum jelly directly to the eggs. This technique will be most successful if it started early in the season and done every 2 to 3 days to keep numbers low.

Cultural Control
• Sanitation: Minimize populations of overwintering adults. After harvest, till or remove cucurbit crop debris (including vines and fruits).Remove woodpiles, plastic mulch (or other synthetic ground covers, and ground debris near fields where insects may seek protection for the winter.

• Crop Rotation: Rotation to non-cucurbit crops in alternating years can reduce numbers of immigrating adult squash bugs. Rotation will be most effective in larger fields.

• Timing of Planting: Peak egg-laying by adult squash bugs typically occurs in late May in northern Utah and in late April to early May in southern Utah. Seed or transplant before or after this timing to laying to reduce potential injury.

Biological Control
• Trap Crops: Trap crops should include cucurbit cultivars that are attractive to adult squash bugs and grow quickly in the early season. Plant the trap crop along field borders or interspersed as clumps throughout the field. Apply an insecticide or mechanically destroy the trap crop before eggs begin to hatch to reduce squash bug populations that would attack the later maturing main crop. 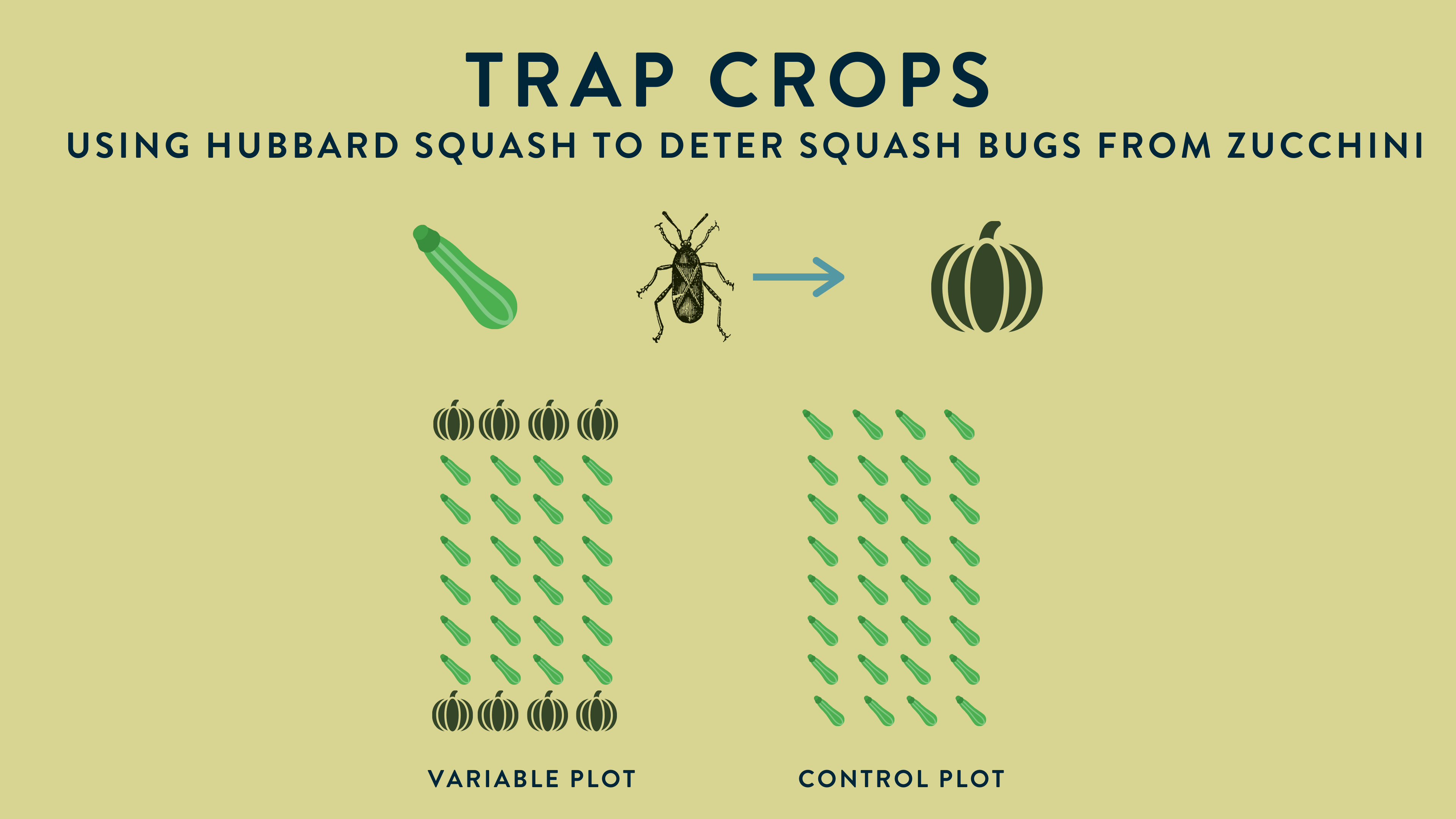 • Natural Enemies: The most common natural enemies of squash bugs are parasitoids. These include a tachinid fly, Trichopoda pennipes whose larvae attack older nymphs and adults, and several wasps that parasitize eggs in the family Encyrtidae and Scelionidae. 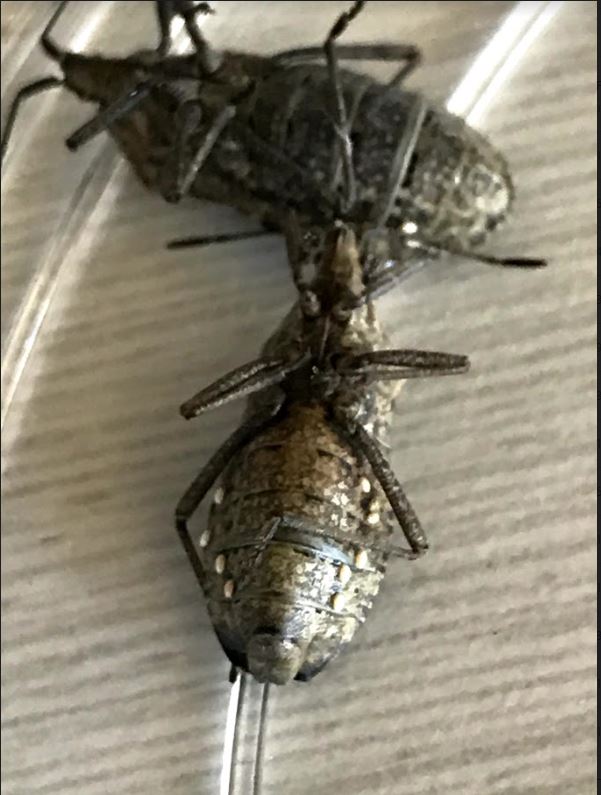 Chemical Control
To be effective, insecticide sprays must penetrate the plant canopy and thoroughly cover the top and underside of leaves, fruits, and vines. Apply insecticides in the early morning or late evening when sprays will dry more slowly and result in better coverage of the vegetation. In the morning hours, leaf position may be more upright and allow for better coverage of leaf undersides. Don’t spray during the day when plants are blossoming to avoid harming pollinators.

Precautionary Statement: All pesticides have benefits and risks, however following the label will maximize the benefits and reduce risks. Pay attention to the directions for use and follow precautionary statements. Pesticide labels are considered legal documents containing instructions and limitations. Inconsistent use of the product or disregarding the label is a violation of both federal and state laws. The pesticide applicator is legally responsible for proper use.